You are here: Home > About Council > Mayor & Councillors

The Queensland quadrennial local government election were held on 28 March 2020. The post election Special Meeting to swear in the newly-elected Cairns Regional Council was held on Thursday 16 April 2020. At that meeting, Mayor-Elect Bob Manning and the nine elected Councillors were sworn in as the region’s elected representatives for a new four-year term and Cr Terry James was appointed as Deputy Mayor.

The Councillors represent nine divisions, and each Councillor is elected by eligible voters in each division. The Mayoralty is decided on a majority popular vote across the entire local government area which has 99,479 enrolled voters (as at March 2016). Queensland local government elections are held every four years, with the most recent election held on 28 March 2020.

Printable PDF maps of each Division can also be downloaded from the ECQ Local Government maps web page.

Hover over a Division to see the elected representative for that area, then follow the link to read more about them. 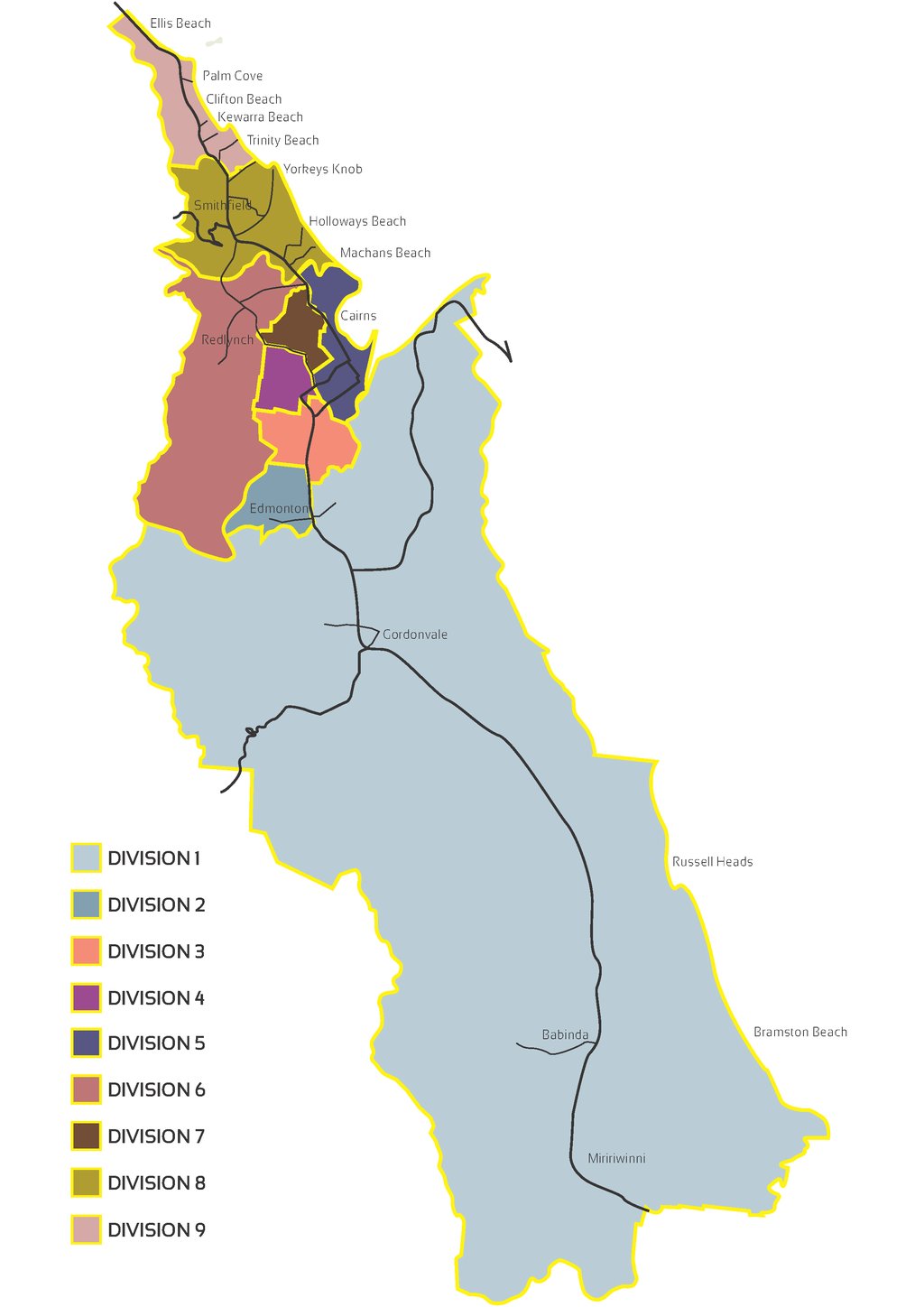