To strengthen the city’s reputation as the capital of Indigenous Art in Queensland, a collection of artworks by significant Indigenous Queensland artists, and particularly Far North Queensland, formed the basis of a curatorial approach for the Cairns Performing Arts Centre.

Each of the artworks that were purchased or commissioned is now part of the Cairns City Art Collection, improving representation in the collection by Indigenous artists.

As the premier Indigenous art market in Queensland, Cairns Indigenous Art Fair was the platform from which all purchases and commissions were launched in 2017, with the exception of Billy Missi’s print, Gainau au kubi. 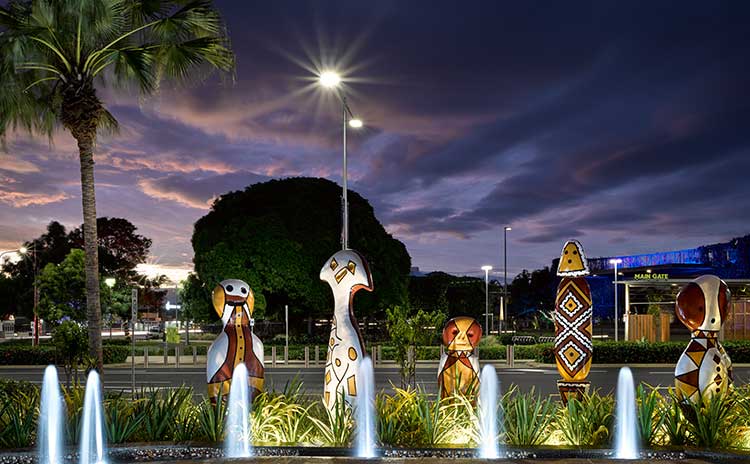 Sculptures based on the traditional fire making implements of the Girringun people. 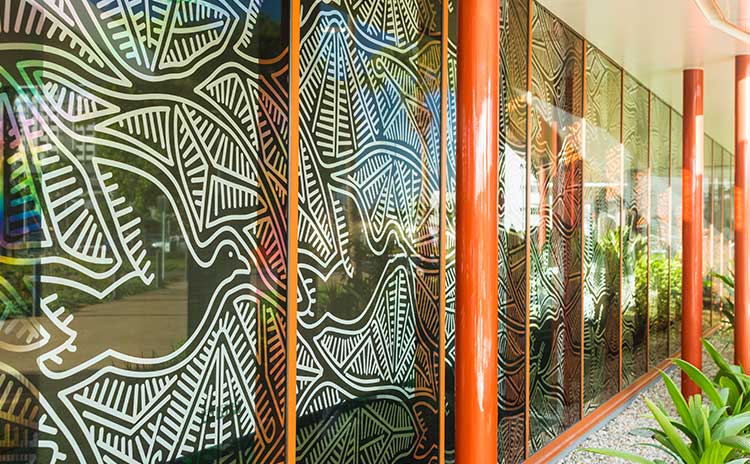 Details of Billy Missi’s Torres Strait pigeon motif has been reproduced on glass around CPAC. 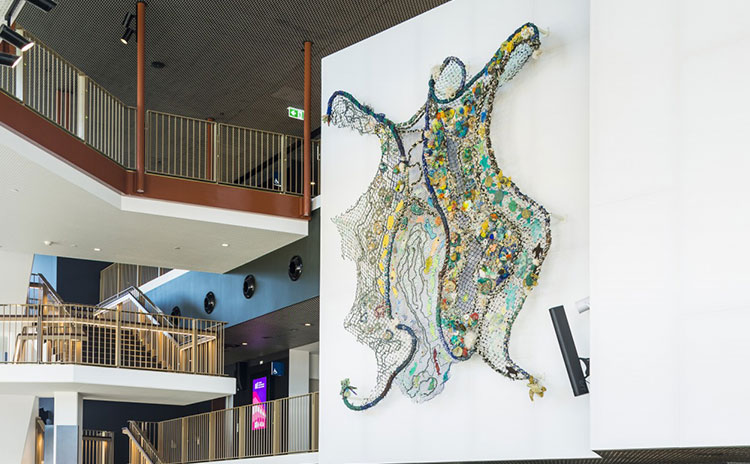 Ghost nets are an unwelcome pollution of the sea, but can also be gathered and made into artworks. 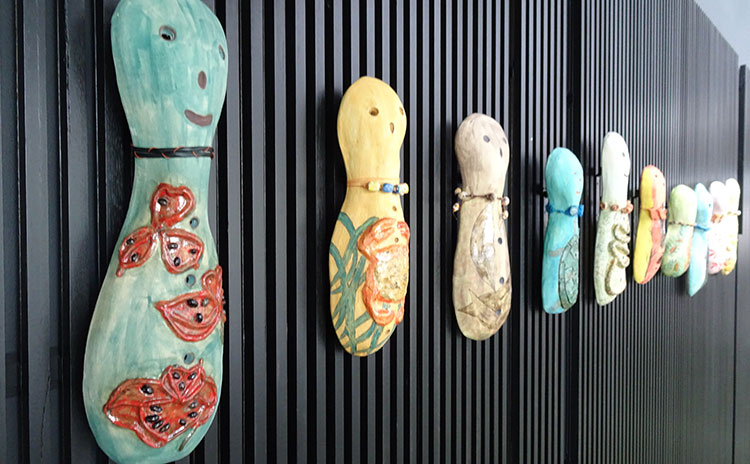 My Past and Present

Ceramic bagu figures dedicated by the artist to the old people, her ancestors, and their way of life in the rainforest environment. 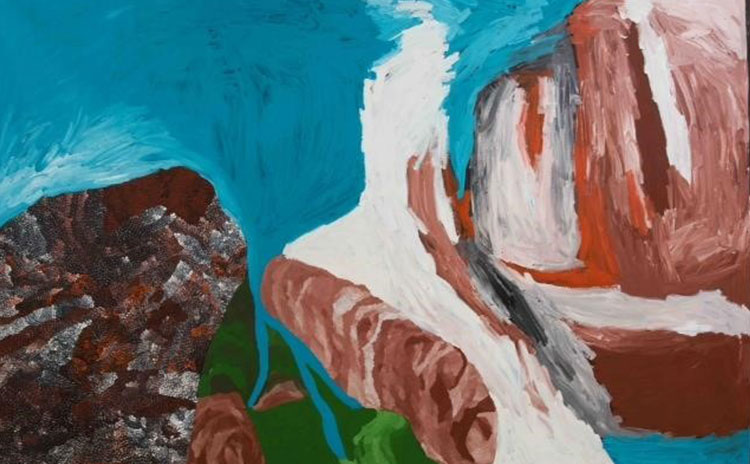 A collaborative painting by sisters Sally, Amanda and Elsie Gabori, depicting their country on Bentinck Island in the Gulf of Carpentaria. 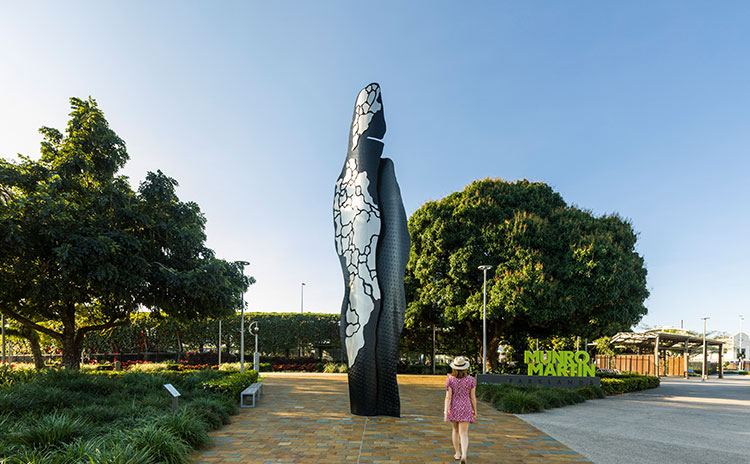