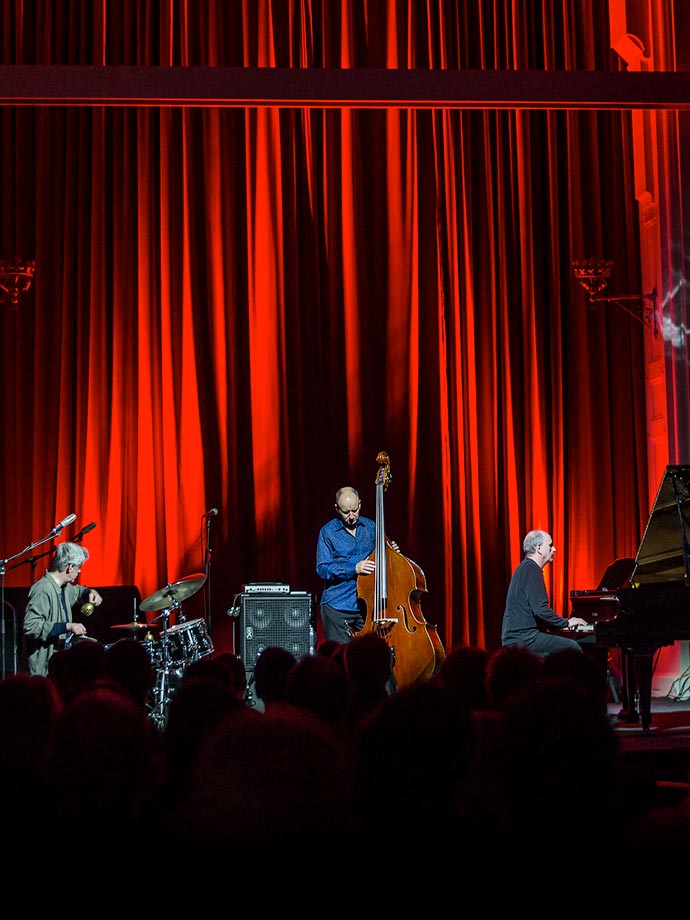 Seeing The Necks in concert is an experience like no other.

Chris Abrahams, Tony Buck and Lloyd Swanton - these three master musicians, who take to the stage with nothing prepared in advance - set out investigating a humble musical notion and then over the course of pieces which sometimes go for an hour or more, conjure textures and aural illusions that defy description.

After a remarkable year in which The Necks got a symphony orchestra improvising behind them in a concert hall down a Polish salt mine, performed a double bill with the Art Ensemble of Chicago, received the Richard Gill Award for Distinguished Services to Australian Music, played on album releases by Underworld and Swans, and performed in a Finnish church carved out of solid rock, The Necks are back touring Australia to promote the release of their 21st album, Three.

From their unambitious beginnings in a rehearsal space over thirty years ago, The Necks are now in demand around the world and consequently have to pack their performances in their native Australia into the early part of each year. Don't miss this chance to see The Necks in concert.

(PG) Parent’s guidance recommended - under 15 must be accompanied by an adult.
Ticket price includes a booking fee of 5% of ticket price capped at $2 per ticket.