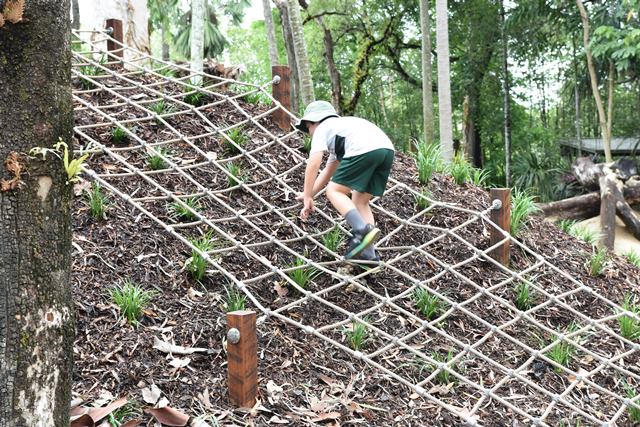 The Centenary Lakes Nature Play has been recognised as the best new play space in Queensland.

The playground, designed to help children interact with nature, took out the Playspace Award (projects greater than $500,000) at the 2018 Parks and Leisure Australia Queensland Regional Awards of Excellence in Brisbane on 25 May.

The playground, partially funded under the Queensland Government’s Works For Queensland program, was opened in November 2017.

It includes interactive features that encourage creativity and exploration of the outdoors.

“There are dinosaur bones to uncover, ropes to climb and play huts to build,” Mayor Bob Manning said. “It’s designed to be a place for kids to get their hands dirty and let their imaginations run free.”

Cr Manning said the playground had become a popular venue for family outings.

“On any given weekend, you’re likely to see groups celebrating birthdays or family gatherings at the Nature Play.

Centenary Parks Nature Play will now progress to the national awards, to be held in Melbourne on 16 October 2018.