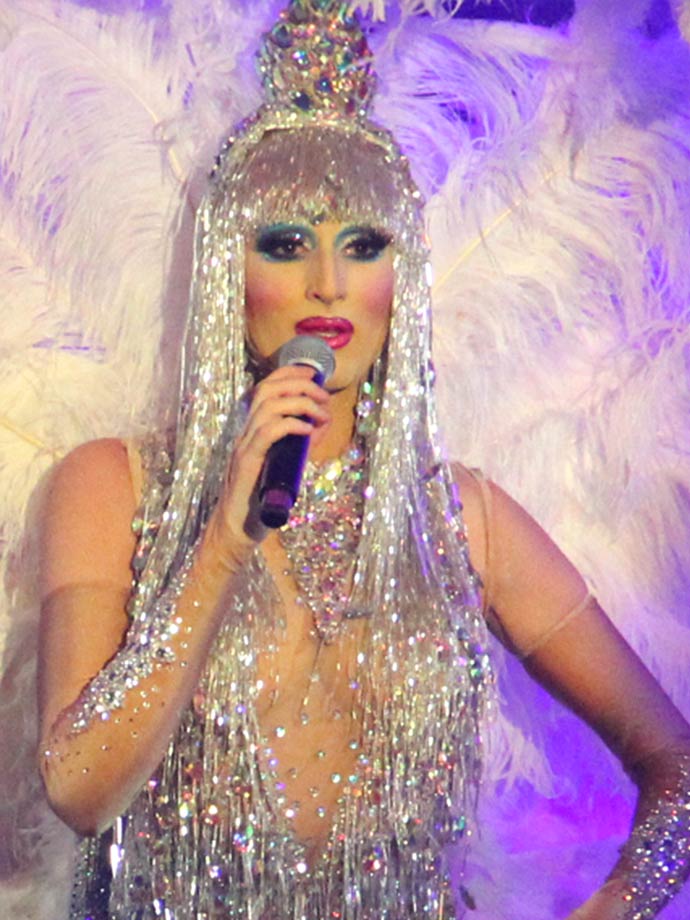 Flanked by gorgeous men, Australia’s six-foot something songstress Prada Clutch and her 'girls', take you on a journey from where it all began with Les Girls in the 60’s, across the Aussie outback with Priscilla Queen of the Desert in the 90’s, and into today with a celebration of today’s music icons.

The ninety-minute all-male revue features some of Priscilla Queen of the Desert’s greatest hits including 'I Love the Night Life', 'Go West', 'Shake Your Groove Thing', 'Finally' and 'I Will Survive'. Plus a few surprise hits from some of today’s music icons and divas that have inspired drag performances around the world!

The show is headlined by Prada Clutch; one of Australia's most in demand live-singing drag queens. Prada has featured in stage shows across Australia, as well as in New Zealand. She draws her inspiration from the likes of Dusty Springfield, Patti LaBelle, Bette Midler & Cher.

The show is creatively directed by one of Australia’s original Les Girls of Kings Cross, Monique Kelly. Monique was a member of Les Girls from 1973 to 1997. She has a keen eye for detail and a photographic memory of how it was done in her day, making her an asset to the show. She’s the pot of gold from the Golden Mile.

The show features a cast of seven, choreographed by Stephen Clarke. Stephen has been dancing and choreographing professionally since 1985. Stephen’s experience extends to working with Kylie & Dannii Minogue, Cyndi Lauper and Diana Ross.

Jam-packed with dazzling feathers, wigs, head-pieces, costumes and performance, you will not forget this glittering drag spectacular!

“One of the most captivating acts on the scene” Backyard Opera

“Eye-popping… costumes, would not have been out-of place in the Folies Bergere” Arts Review

"[Prada is] not your typical drag performer... she's a showstopping, live-singing entertainer, with a whole lot of class!" Glenn Frey, The Eagles

Babes in arms are not permitted

Recommended for ages 15+
Minors must be accompanied by an adult.
Ticket price includes a booking fee of 5% of ticket price capped at $2 per ticket.